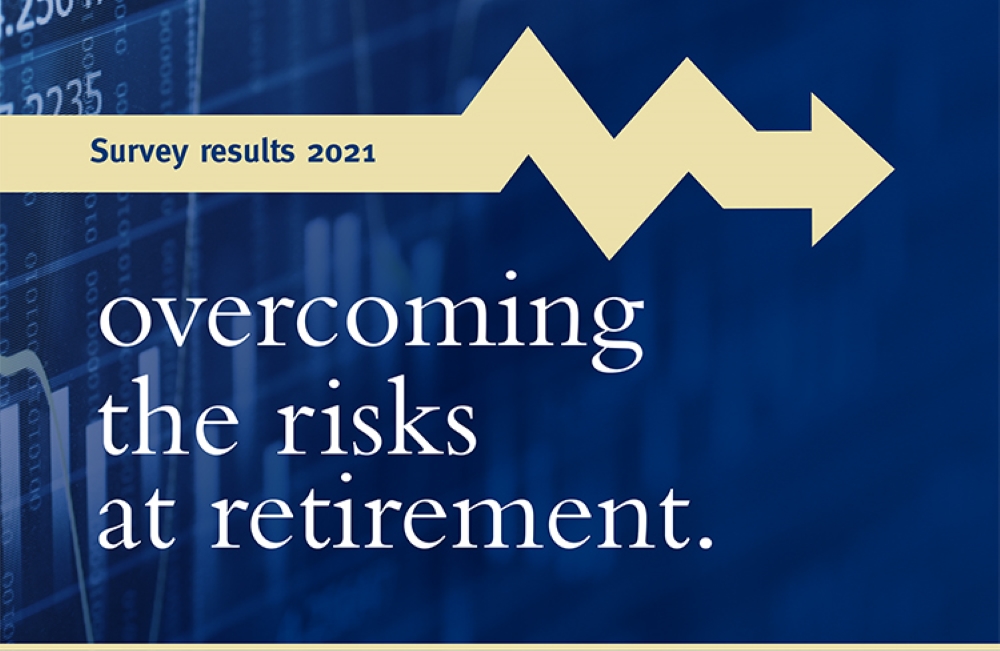 Pension scheme members now have to grapple with a multitude of risks which have become increasingly complex and uncertain. In light of this, WEALTH at work has conducted a survey with the Pensions Management Institute (PMI) to investigate the concerns Trustees have for their members in the run up to their retirement and what support provisions they have in place.

Some of the key findings include;

“The pandemic has affected nearly all of us and none more so than pension scheme members who are approaching retirement. There are many risks around accessing pensions which have become increasingly complex and uncertain. Our research findings highlight that Trustees recognise this situation and have great concerns for their members at retirement.”

He explains; “As the findings show, nearly all Trustees fear their members nearing retirement will face predatory attention from scammers. Reduced household income caused by the pandemic has meant that some members are more vulnerable than ever and a report by Action Fraud found that pension scams had become one of the most common types of fraud to occur last year. Unfortunately, it’s a problem that has been around for some time and the Pension Scams Industry Group estimate that £10bn may have been lost to pension scams by 40,000 people since 2015.”

Watts-Lay adds; “Trustees also have fears around taxation for their members at retirement. They are right to be concerned as individuals can easily incur huge tax bills unknowingly when accessing their pensions, all of which can have a material impact on income levels in retirement. Members need to be aware of the tax traps which include moving into a higher marginal income tax rate when cashing in defined contribution pension pots, triggering the Money Purchase Annual Allowance, or losing out on the ability to pass on a pension inheritance completely free of tax.”

He comments; “These risks also equally affect defined benefit members who are considering transferring their pension. Indeed, the majority of Trustees in our survey have concerns over this. Assessing whether it is right to transfer is highly complex with multiple risks to consider around how to manage the money once transferred. Ensuring access to appropriate advice is key, which is of course, a requirement for anyone looking to transfer a defined benefit scheme over the value of £30,000.”

Watts-Lay states; “With these findings in mind, it comes as no surprise that so many Trustees are concerned that their members’ money will not last the duration of retirement. This may be due to many reasons including poor decision making at retirement, not saving enough throughout life, underestimating life expectancy or simply not managing their investments appropriately during what may be 30 years or more in retirement.”

Support levels are on the up

Almost half (46%) of Trustees provide or facilitate financial guidance for members at retirement. This has seen an 18 percentage point increase from 28% since the 2019 results.

Nearly a third (30%) of Trustees are providing or facilitating regulated advice for their members’ at retirement. This has seen an uplift of 9 percentage points from 21% since the 2019 results.

Watts-Lay comments; “Many members lack the resources to realise the multiple risks around accessing their pensions which the pandemic has glaringly put into focus. It’s therefore really encouraging to see that more Trustees are now putting financial education, guidance and regulated financial advice in place to help their members understand their retirement income options, as this support is needed now more than ever.”

He adds; “Carrying out due diligence on providers can make the process far more robust. This should include checking that any financial education and guidance providers are workplace specialists with experience in providing support to members. This will help members understand key issues at retirement such as tax implications, risks around DB transfers and how to spot a pension scam. Due diligence on regulated advice firms should cover areas such as the qualifications of advisers, the regulatory record of the firm, compliance processes (e.g. compliance checks of 100% of cases), pricing structure and experience of working with employers and Trustees.”

Watts-Lay concludes; “Ultimately, empowering members by providing them with access to appropriate support can help them become more financially resilient and should lead to better outcomes for all.”

Links to websites external to those of Wealth at Work Limited (also referred to here as 'we', 'us', 'our' 'ours') will usually contain some content that is not written by us and over which we have no authority and which we do not endorse. Therefore please be aware that we do not accept responsibility for the content of any third party site(s) except content that is specifically attributed to us or our employees and where we are the authors of such content. Further, we accept no responsibility for any malicious codes (or their consequences) of external sites. Nor do we endorse any organisation or publication to which we link and make no representations about them.

We use cookies to ensure that we give you the best experience on our website. By clicking continue, you agree that you are happy for us to use these cookies. Read our privacy policy. Alternatively, you can find out more about which cookies we are using or switch them off in settings.

Our website utilises cookies to automatically gather certain statistical information. The processing of this data is for aggregated statistical analysis only. We do not identify individual users from this type of data and it does not involve the processing of personal data about you. This information helps us to measure how individuals use our website and our services, so that we can continually improve them.

Strictly Necessary Cookies should be enabled at all times so that we can save your preferences for cookie settings.

If you disable this cookie, we will not be able to save your preferences. This means that every time you visit this website you will need to enable or disable cookies again.

This website uses Google Analytics to collect anonymous information such as the number of visitors to the site, and the most popular pages.

Please enable Strictly Necessary Cookies first so that we can save your preferences!